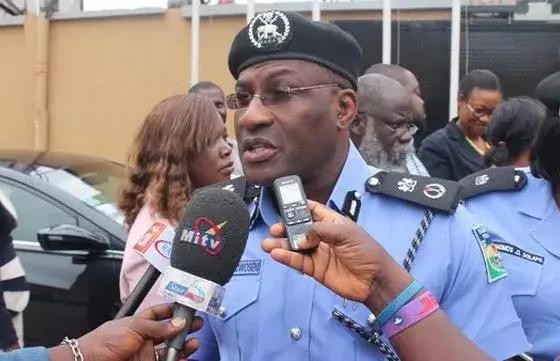 The Lagos state commissioner of Police, Mr Fatai Owoseni has shed light on the circumstances surrounding the killing of four policemen, an army captain and a civilian by some yet to be identified militants on Sunday, April 9.

While responding to questions on Sunday, Owoseni disclosed that the officers were killed while they were trying to rescue some people who had been abducted by unidentified gunmen.

Speaking further, the Commissioner said the incident occurred around 1am after the police received a distress call that a group of militants had invaded Owutu-Isawo in Ikorodu. In his own words:

“At about 1a.m of today Sunday April 9, the Police received distress call that a group of militants/kidnappers had entered Owutu-Isawo in Ikorodu through the thick swampy forest surrounding the area. “They were reported to have kidnapped some residents. In response, the Police and the Army immediately mobilised personnel to the area, where the kidnapped victims were rescued. “Sadly, however, five out of the gallant, brave and patriotic officers lost their lives during the rescue operation. One of them is a Nigerian Army Captain, while the remaining four are Policemen. One of the residents in the area also died.

“We pray that the God Almighty reward their loyalty to the Nation with Paradise and grant their souls peaceful rest. “We also pray that God gives their respective families the courage to bear the loss,” Owoseni said. The commissioner said the command was working with sister security agencies to arrest the suspected militants that killed four policemen, an army captain and a civilian. “We will continue to rely on the good people of Lagos State for useful information and their partnership,” he said.