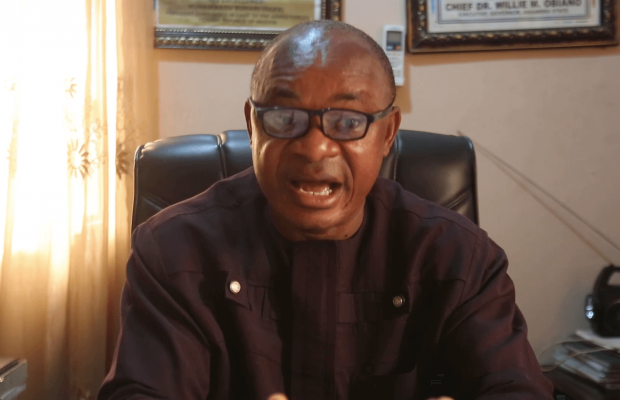 Stakeholders in Anambra state have lamented seriously over the attitude of governor Willie Obiano administration in the state.

Speaking in Awka the state capital a renowned legal practitioner barrister Okoli Akirika said the decision by the state government to build an airport in the state was ill-conceived, he lamented that there are more serious infrastructural issues in the state that need urgent attention than the proposed airport.

The legal luminary also lamented seriously over the secrecy in the state budget, he said efforts to get the recent budget of the State to ascertain whether or not there is provision for the airport funding proved abortive.

Akirika insists that the state could do away without the airport, for now, he tasked the governor to have a rethink and give the people of Anambra state what they actually need and not some white elephant project that will never see the light of the day, but only a conjured pipe to syphon state money.

When contacted to bear his mind on the development the commissioner for works engineer Marcel Ifejiofor decline comment for reasons best known to him.

The Anambra airport project got massive publicity at the inception, however, the project at the moment seems to have lost continuity.

A Visit to the site indicate a very slow pace of work which makes many wondered if the governor will fulfil his promise of giving the state a befitting airport before the end of his second tenure.