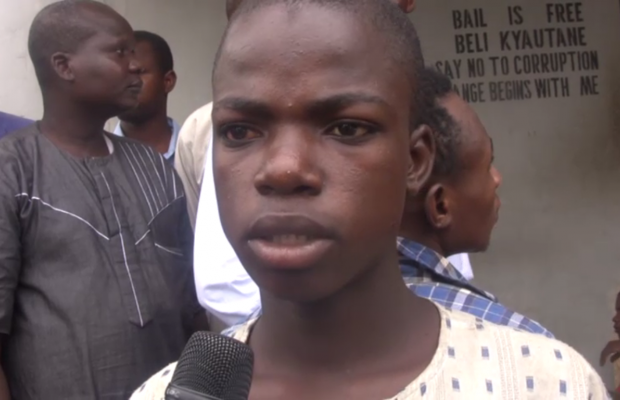 Police in Kano state has paraded a twenty-year-old rapist named Bashi Yahaya who also attempted to kill his victim by stabbing her on the neck with a knife.

The state Police Public relations Officer, DSP Abdullahi Haruna who narrated the story to newsmen said the crime was committed on the twelfth of May 2019, in Kano metropolis.

The suspect, Bashi Yahaya who confessed to the crime said he is now filled with remorse and called on other youths in the state to desist from such callous act because it will surely land them in trouble.

He said, “she resisted my advances; refuse to give me her phone that's why I stab her in the neck. I call on youths not to engage in similar acts”.

Nigerian Army To Work With NUJ