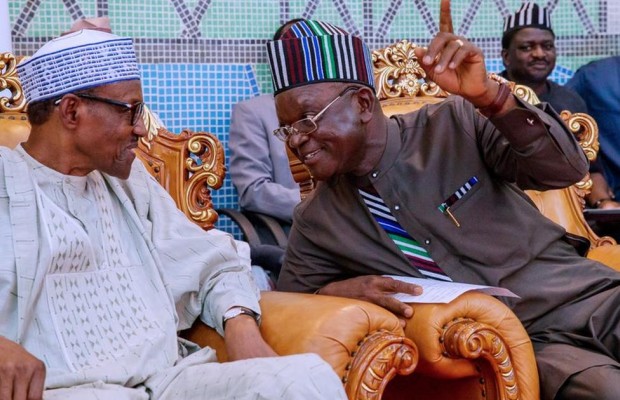 President Muhammadu Buhari says the government will facilitate the implementation of the decision taken by authorities of  Benue and Taraba states on the way forward, in the crisis between the Jukuns and Tivs in Taraba state.

The president gave the assurance at a stakeholders meeting held in Abuja, to address the crisis between the Jukun and Tiv communities in Taraba state.

He urged traditional rulers to preach peace and admonish youths in their domain to exhibit maturity in handling issues that concern fellow citizens.

The crisis between the Jukuns and Tivs has lingered and previous meetings aimed at resolving the problems did not yield any result as the mayhem continued unabated.

With many lives lost and properties worth billions of naira destroyed, president Muhammadu asked the secretary to the government of the federation to intervene to end the crisis.

The presidential directive culminated to this meeting, where citizens from the affected states gathered to brainstorm on way forward.

The president who was represented by the secretary to the government of the federation, Boss Mustapha assured the gathering of government support as the country deserves peace.

Though there was no trade of blames, yet stakeholders exhumed genesis of the crisis which led to the closure of many local roads attributing the mayhem to lack of understanding among locals.

Issues of boundary and faulty constitution were raised and but all arrived at a common ground of securing the axis.

In all, they called on the federal government to establish strong security network and patrol to douse the tense in the axis.

Governor Samuel Ortom of Benue State read out five-point communiqué at the end of the meeting.

Traditional rulers, present and former lawmakers from the two states attended the meeting.