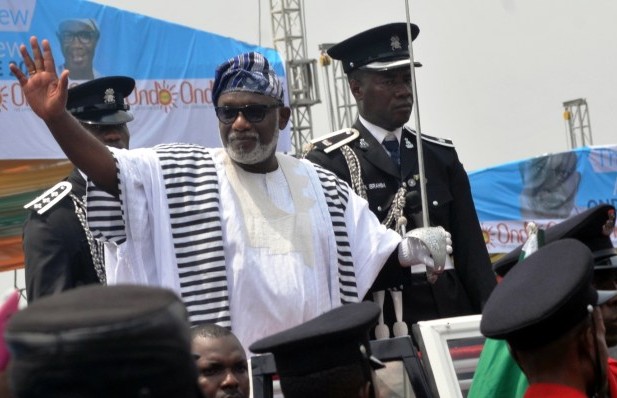 Governor Oluwarotimi Akeredolu of Ondo state has returned after several weeks of absence.

To douse the speculations in some quarters that he was hit by a terrible ailment, governor Akeredolu took a ride through major roads in Akure enroute airport and Oba-Ile.

He was warmly welcomed by his political associates and supporters who have been praying for his recovery.

Governor Akeredolu is expected to resume work on Tuesday because his absence has stalked many government functions and undertakings.