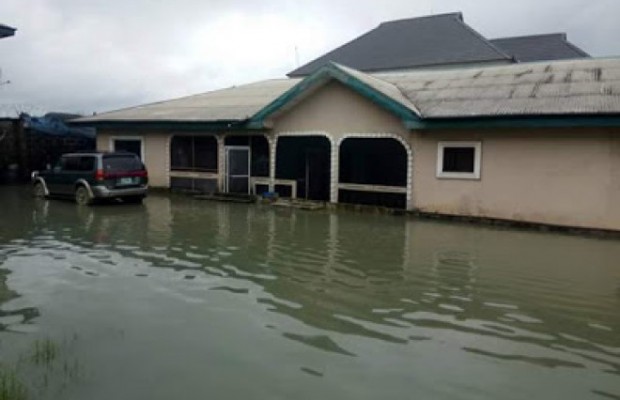 Residents in the eighteen local government areas are now living in panic as the water level continues to rise thereby making it difficult for them to access their homes and places of work.

A severe flood which was caused by continuous rainfall has caused serious havoc and sacked some residents from their homes in Oyigo local government area as buildings have been submerged in water.

Some victims in the Rivers community express their worry over the state of their area as affected by the flood.

They, however, call on the government to come to their aid in finding a permanent solution to the problem of flooding.

NIMET and the Rivers state government had earlier warned residents of the eighteen local government areas of the state to relocate from flood-prone areas.