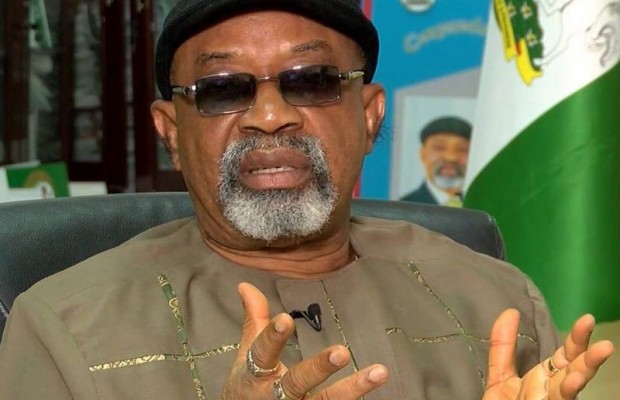 The Nigerian Government has given a December thirty-first deadline for the full payment of all outstanding arrears from the New minimum wage adjustments.

Minister of Labour and Employment  Doctor Chris Ngige made the disclosure while addressing journalists on the outcome Wednesday's Federal Executive Council meeting presided over by Vice President Yemi Osinbajo.

According to Ngige the payment which will take effect from April 2019 will be made in four different categories.

The consequential adjustments to the wages of senior civil servants were approved last week.

This followed weeks of negotiations after the government had earlier approved a new minimum wage of thirty thousand naira for the lowest cadre.

Minister of Labour and productivity Chris Ngige presented the report of the final agreement to the federal executive council.

The ministry of labour is also expected to transmit the document to the different states as an advisory in similar negotiations.

The Council also approved a total of one point seven billion Naira contract for the purchase of communication gadgets and activate control consul for control towers of Zaria and Katsina airports.

With the completion period of eight months, min of Aviation, Hadi Sirika said the equipment would encourage safety and adequate communication within the airports.

Also approved was a new nomenclature for the communications ministry.

Minister of communication Isah Ali Pantami said the ministry will now be known as the federal ministry of Communications and Digital economy.

Pantami said the plan is to make the digital economy a central part in the government's growth plan following the huge contributions that ICT has played in the growth of the country's GDP.

From the ministry of science and technology, comes a request for the utilization of menathol as part as of gradual moves to end gas glaring.

It is also believed that this would become more economical and beneficial in all sectors of the economy including transportation and power generation.

The plan is expected to drive government diversification agenda.