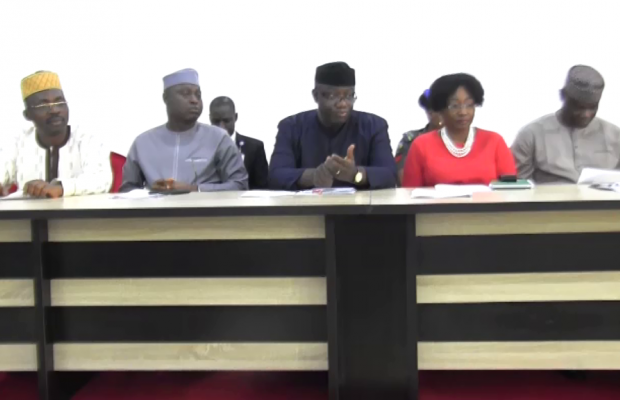 Ekiti state governor, Kayode Fayemi has reassured residents of the state of the determination of its government to continue the implementation of the state's child rights law.

He enjoined parents in the state to ensure that all children of school age are taken to school. He charged members of the committee to ensure they also bring an end to child rights violation and gender based violence in Ekiti state.

In her response, the wife of the Governor, who is also the chairman of the committee, Bisi Fayemi said the committee will collaborate with every stakeholders in the state to achieve its aims. Fayemi who said gender based violence has assumed an alarming rate in the society charged the committee to get to work immediately.