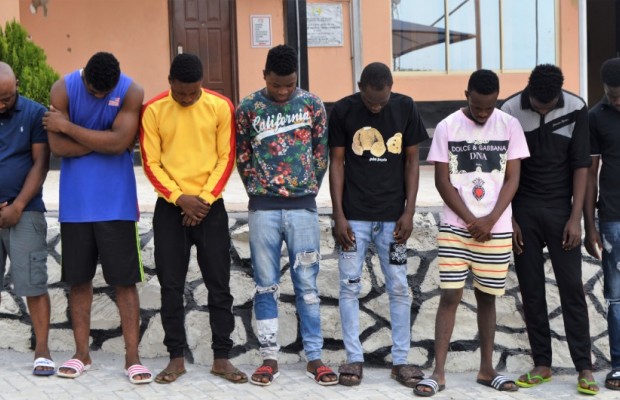 The suspects, whose ages range between 17 and 30 years, were apprehended at different locations across the ancient city.
They are Abdulrahman Qozeem, Umoru Ibrahim, Umoru Abdulahi Gregory, Famous Ose Itahma, Umoru Shaibu Pedro, Durrele Oyeniyi, Umoru Evidence, and Judge Okoye.
Their arrest was sequel to series of intelligence reports received by the commission concerning their alleged involvement in internet-related crimes.
Items recovered from them include six exotic cars, various brands of phones, laptops, international passports and several documents suspected to contain false pretenses.
The commission stated that anyone indicted among the suspects would be charged to court as soon as investigations are concluded.