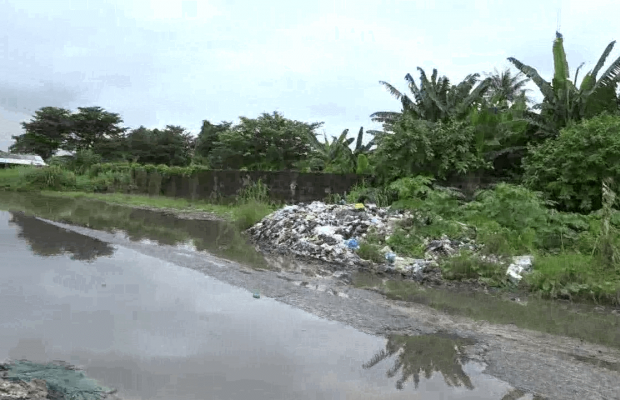 Residents of Jeddo in Okpe local government area of Delta state woke up this morning to see the community flooded as a result of the overflow of the Jeddo river which linked the Escravos River in Warri.

The residents who are predominantly farmers had their farms and schools flooded as students stayed at home because of the high water level caused by flooding.

Speaking on the devastating effect of the flood, a community leader laments the increasing water level which he says may make it difficult to relocate affected persons.

Some of the affected residents who are trapped in their homes declined to speak with newsmen saying they can only speak if the government comes out with proactive measures to curb the yearly flooding of their communities.