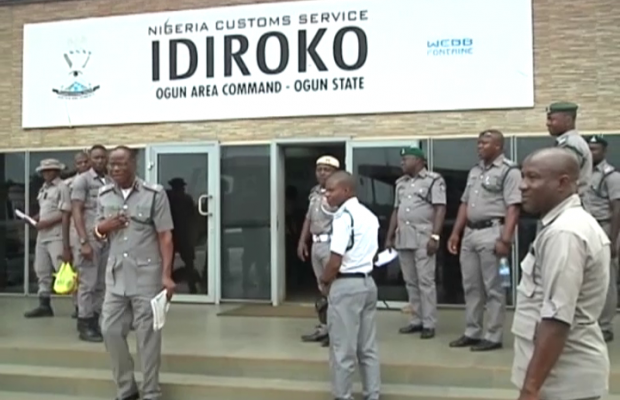 The Ogun State Area Command of the Nigeria Customs Service has said it has intercepted more than twenty nine thousand bags of smuggled foreign rice within its areas of jurisdiction between January and June 2019.

Speaking about other achievements of the command in the period under review, the Customs Comptroller in the State, Micheal Agbara said the command generated more than 6.7 billion Naira as against its revenue targeted of 3.8 billion Naira. He noted that the seizure of more than twenty nine thousand bags of rice in the first half year of 2019 was indeed a landmark.

Other terms seized include hundreds of kegs of vegetable oil, new and used pairs of shoes, motorcycles and used tyres.

He said his men have increased the tempo of  their anti-smuggling operations, noting that the operatives also impounded 197 used vehicles within the period.

The customs boss also commended the bravery of his men and warned smugglers that no amount of intimidation and harassment can make them relent on their efforts in sanitizing the nation's borders.