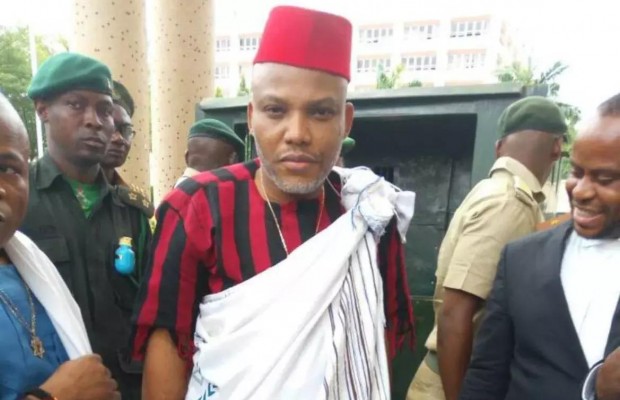 Kanu is expected to provide three sureties, a serving senator, a Jewish religious leader and any highly respected person who own a land in Abuja.

Pending the outcome of his trial, Kanu was also instructed not to grant any press interview , also, he must not be seen in a gathering of more than 10 people.

He was warned the bail can be revoked if he disregard any of the conditions.

Other people who were accused alongside Kanu were however not released as the Judge said the crime of treasonable felony is a serious offence against the state.