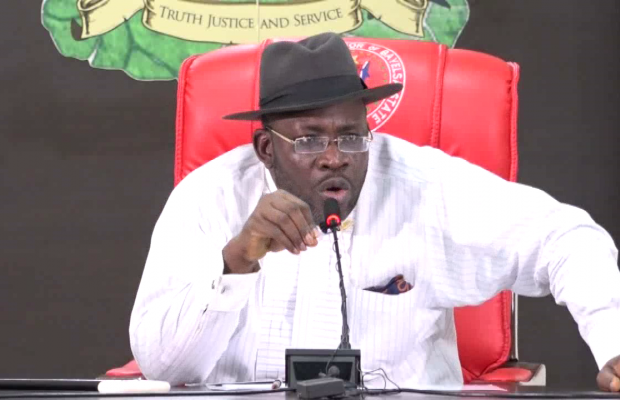 The Bayelsa State government has said that the people of the state have not enjoyed the 13 per cent excess crude money that has passed through the state through the federal government.

This was made known by the state commissioner for Finance Maxwell Ebibai while briefing newsmen on the financial state of the state.

Speaking at the briefing, the finance commissioner said the impact of the excess crude money due to the state is not felt by the people.

He advised the federal government to tread with caution in accessing and distribution of the excess crude funds.

A total of 2.6 Billion Naira was spent on recurrent expenditure according to the finance commissioner, while capital payments gulped N5.5 Billion, leaving a balance of N401 Million in the state coffers.