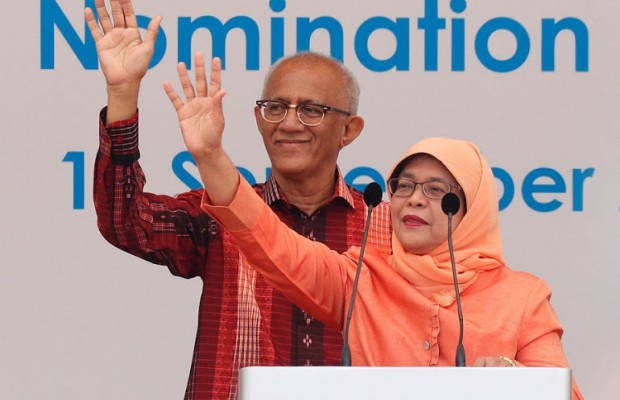 Singapore's first female president  was inaugurated on Thursday amid stinging criticism that she is taking office without a vote.

Halimah Yacob, a former speaker of parliament from the Malay Muslim minority, won the presidency in a walkover after authorities decided her rivals did not meet strict eligibility criteria.

While the role is largely ceremonial, the president has veto powers on key government appointments and safeguards the country’s substantial financial reserves.

In  her first speech as president, Halimah, 63, addressed the racial tensions that have sprung up as a result of the process and vowed to be president of all Singaporeans “regardless of  race, language or religion”.

“I look forward to the day when we will no longer need to… have reserved elections, and Singaporeans naturally and regularly elect citizens of all races as presidents,” she added.

The president also pledged to be independent in exercising her custodial powers over the reserves, which are rarely tapped by the government.

Halimah was a member of parliament for the ruling People’s Action Party for nearly two decades before resigning to contest the presidency.

At least 15 killed in suicide attack