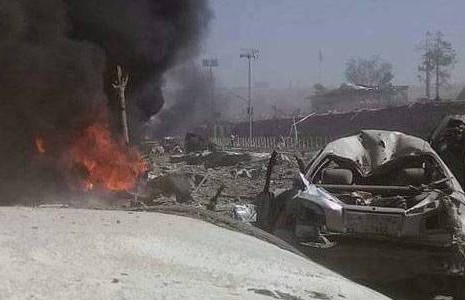 Islamic State claimed responsibility for several explosions that targeted the area in and around Kabul airport on Wednesday hours after U.S. Defense Secretary James Mattis arrived in the Afghan capital, the group’s AMAQ news agency said.

The news agency said “infiltrators” used SPG-9 rockets and mortars for the attack.

There were no reports of casualties or damage and Mattis was not near the airport when the rockets hit.