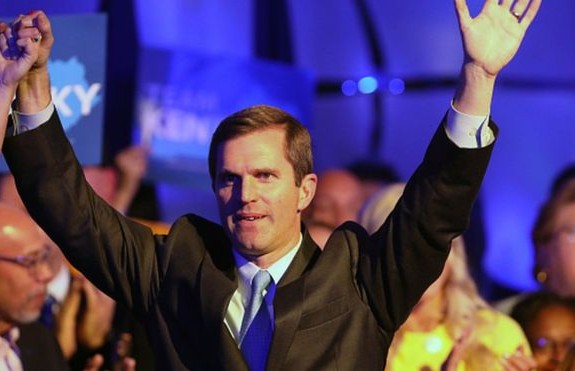 US Democrats have made gains in state elections, in what is being seen as a blow to President Donald Trump.

Meanwhile, democrats seized full control of the legislature in Virginia for the first time in over 20 years.

The results are a gauge of the political mood ahead of next year's presidential election.

Republicans held on to power in the Mississippi governor vote, following a closely-fought race in the traditional Republican stronghold.

In Kentucky, Mr Beshear claimed victory over incumbent republican governor Matt Bevin after final results gave him a lead of 0.4%.

Mr Bevin, 52, says he will not concede, citing unspecified "irregularities".