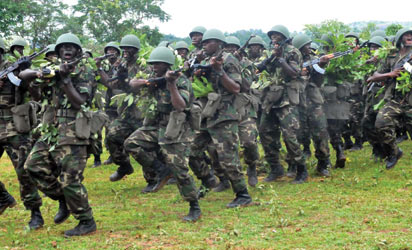 The soldiers became angry when they saw the bodies of 12 of their colleagues being brought back from Chibok. Boko Haram fighters had killed the soldiers after the militants ambushed a convoy of soldiers returning from duties in Chibok.

A spokesman of the Nigerian Army, Major General Chris Olukolade, announced the removal of the General Officer commanding the 7th Division today.

It was recalled that Major General Ahmadu Mohammed, yesterday, escaped death as angry soldiers opened fire on his official vehicle when he came to address them at the Maimalari Barracks in Maiduguri, the Borno State capital.

NBA Call On Jonathan To Negotiate with Boko Haram