The political class was thrown into mourning yesterday following the death of the former Minister of Transport in the Second Republic and a chieftain of the Peoples Democratic Party (PDP), Alhaji Umaru Dikko, with President Goodluck Jonathan, former military Head of State, General Yakubu Gowon, former Vice-President Atiku Abubakar, the Northern States Governors’ Forum (NSGF) and Kaduna State Governor, Ralman Yero, among others, expressing grief over his passing.

Dikko, whose health was said to have deteriorated since last year, died in a   London hospital in the early hours of yesterday at the age of 78.

His younger brother, Lamido Dikko who confirmed the death at the deceased’s Coronation Avenue Residence in Kaduna said the late politician had been battling with his health since last year.

He added that Dikko's remains would arrive home today (Wednesday) for burial.
The late Dikko was one of the key actors of the Shehu Shagari administration between 1979 and 1983. He was the Minister of Transport and Chairman of the Presidential Task Force on Rice.

As the chairman of the task force, he raised eyebrows when he said Nigerians were not eating from dustbins following criticisms of the harsh economic policies of the Shagari administration.

He would also be remembered for the failed attempt by the military regime headed by Major-General Muhammadu Buhari to fly him back in a drugged state to Lagos from London's Stansted Airport in a crate.

After the military overthrow of the Shagari-led civilian government, Dikko fled to the United Kingdom (UK), where he was living in exile.

The Buhari administration had accused Dikko of   corruption while in office, especially for allegedly embezzling millions of dollars from the nation’s coffers.

The botched attempt to kidnap Dikko on July 5, 1984 led to a major diplomatic row between Nigeria and the UK, which culminated in the expulsion from Britain of two members of the Nigerian High Commission in London, including the High Commissioner.

His journey to public life started in 1967, when he was appointed commissioner in the defunct North Central State of Nigeria.

He was also secretary of a committee set up by the late General Hassan Katsina to unite northerners after the 1966 coup.

At the inception of the Second Republic in 1979,  Dikko was appointed the presidential campaign manager of Shagari, the candidate of the National Party of Nigeria (NPN).
The late Dikko left behind two wives and 11 children.

Reacting to his death, the president expressed shock at his passing and extended his condolences to the family, friends and political associates of the former transport minister.

A statement yesterday by his Special Adviser, Media and Publicity, Dr. Reuben Abati, said: “He joins them in mourning the renowned political leader who, in spite of advanced age, continued to actively contribute to the nurturing and strengthening of democracy in Nigeria until the end of his life.

“He prays that God Almighty will receive Alhaji Umaru Dikko’s soul and grant him eternal rest.”
Also, Gowon described the death of Dikko as a great loss to the nation, no matter what anybody says about him.

Gowon, while reacting to Dikko’s death in an interview with reporters in Kaduna yesterday, said he had known the deceased since their secondary days in 1950, describing him as a good person.

“He was a very effective minister and not what newspapers made him out to be, and I am sorry about what happened to him when they tried to forcibly return him to Nigeria from London. But thank God that that exercise was foiled, and he returned to retain his position,” Gowon said.

He added: “I have known him since our school days in 1950; he was part of the Zaria Old Boys Association. I was the chairman and he was my deputy. So you can see how long we have known each other, and we have interrelated ever since and I can assure you, he was a very good person.

“His death is a great loss to the country no matter what anyone says, he has been a good man from the beginning, and the statement credited to him (that Nigerians were not feeding from dustbins) was unfortunate because he was caring person and this I know throughout my life.”
On the late politician, Atiku described Dikko as a courageous advocate of the rule of law, constitutionality and democracy.

In a condolence statement issued by his media office in Abuja, the former vice-president said, despite the public hostility to the late Dikko, the man had other virtues that Nigerians didn’t seem to appreciate.

According to him, Dikko was a fierce opponent of unconstitutional seizure of power by soldiers.

He recalled that Dikko was the loudest critic of military rule, a role for which he said the former minister was singled out for special punishment because he was a vocal critic of the new military rulers of December 1983.

The former vice-president said although Dikko had his own shortcomings like every other person, he was a passionate democrat that vigorously opposed the takeover of government by unconstitutional means.

He recalled that Dikko was a lawyer, mathematician and colourful politician whose sense of logic was outstanding.

Atiku condoled with the people and government of Kaduna State, the Zazzau Emirate Council and the family of the deceased over the demise of the prominent northern politician.
In his message, the Kaduna State governor described the late Dikko as a dogged patriot who dedicated most part of his lifetime fighting for democracy in Nigeria.

Yero, in a statement yesterday in Kaduna, said the death of Dikko was a great loss not only to Kaduna State but  to the country as a whole.

He said: “The death of Umaru Dikko will create a huge gap in our march towards evolving a stable democratic nation, especially at this critical time when his experience and guidance is needed by present and future generations of Nigerian leaders.”

Also, the Northern Delegates' Forum at the ongoing National Conference said news of the death of Dikko was received with a heavy heart.

Spokesman of the forum, Mr. Anthony Sani, in a statement, recalled that Dikko was a man who made a conscious effort to make his desires for the nation possible.

He said many Nigerians would miss him in spite of the fact that some other Nigerians did not share his views on issues of national importance.

“May God provide the fortitude to endure this irreparable loss precisely because death is an inevitable end and would come when it would come,” the forum said.

In addition, NSGF said death of Dikko was a further depletion in the ranks of northern states leaders, adding that it is time for sober reflection and a time for the region and the nation to remain committed to building leadership inspired by service.

The chairman of the forum and Governor of Niger State, Dr. Muazu Babangida Aliyu, in a statement by his Chief Press Secretary, Mr. Israel A. Ebije, said the growing number of prominent Nigerians only suggests that the younger generation must step into the shoes of departed leaders.

Dr. Aliyu said the nation will sorely miss the late Dikko especially for his wealth of experience as a politician which would have been a veritable resource for national discourse now that the country is passing through difficult times.

“This is indeed another sad episode to the already challenging times Nigeria is passing through as a country. The death of Umaru Dikko and a few prominent Nigerians in less than two months is a reminder that the present generation of Nigerians must grow up mentally and morally with a collective objective towards a common developmental destination.”

Aliyu called on Nigerians to immortalise past leaders by ensuring that the continuous existence of the country is not compromised.

Aliyu prayed that Allah (SWT) will grant the late politician who until recently was the Chairman of the PDP Disciplinary Committee eternal peace and also prayed Allah to grant his
family and the nation the fortitude to bear the irreparable loss.

Similarly, the chairman, Senate Committee on Environment and Ecology, Senator Bukola Saraki, expressed sadness over the passing of Dikko.

Saraki, in a condolence message issued in Ilorin yesterday, said: “I am deeply saddened by the news of the death of a renowned politician and elder statesman, Mr. Umaru Dikko.
“Umaru Dikko’s years of service and dedication to his father land will be remembered for years to come. He will be sorely missed by his family, friends and well wishers.

“I extend my sincere condolence to the government, the Emir of Zaria and the people of Kaduna State; his wisdom no doubt would have gone a long way to better the affairs of a few at this dire time when his people need him most.

“I pray that Allah will grant his family the patience and the fortitude to bear this loss.”
Also, the speaker of the Kwara State House of Assembly, Hon. Rasaq Atunwa condoled with the people of Kaduna State over the death of Dikko.

Atunwa, in a condolence message signed by his Media Assistant, Alhaji AbdulRahman Sanni, said that the elder statesman died at the time the Nigeria would be need his fatherly advice in moving the country forward.

He said that, there was no doubt that the late former Minister of Transport lived a fulfilled life in view of his contributions to the socio-economic and political development of the nation.

US soldier Bergdahl Arrives Back in US 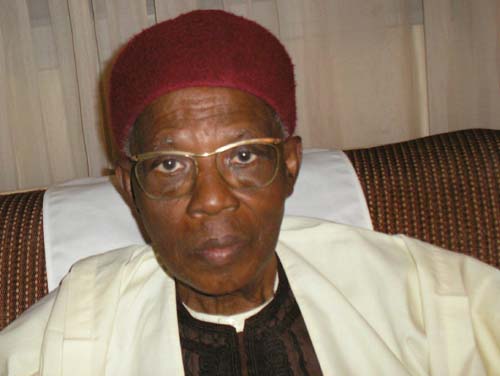 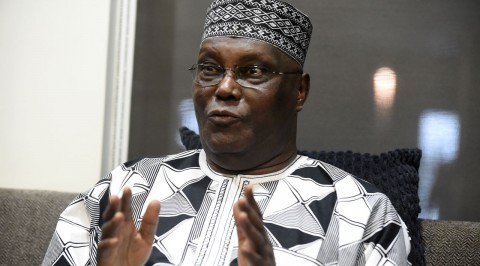