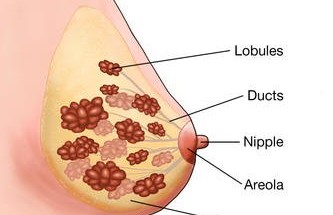 Government at all levels in Nigeria have been advised to improve commitment through various Ministries of Health, both at the state and federal levels in the fight against breast and other types of cancer in the country.

A cross-section of speakers including Wife of the Ondo State Governor, Betty Anyanwu-Akeredolu at a symposium organized by Oyo State Coalition against cancer in commemoration of the 2020 World Cancer day stressed the need for more enlightenment.

In their separate remarks, the National President, Breast Cancer Association of Nigeria and the Wife of Ondo State Governor, Betty Anyanwu-Akeredolu and  President, Medical Women Association of Nigeria Dr. Omolara Olusola-Taiwo, charged government at all levels to improve commitment through various Ministries of Health, both at the state and federal level to help in the fight against breast and other types of cancer in the country.

They maintained that the government is not doing enough to help in the course stressing that this necessitated the establishment of the coalition.

They appealed to women to always go out for breast and cervical cancer screening to prevent the spread of the disease.

In her goodwill message, Olori Anuoluwapo Adeyemi called for an aggressive campaign at the grassroots and urged the stakeholders to take the campaign to rural areas and while the chairman of Brecan in Oyo State, Tolu Taiwo called for more collaborative efforts in combating the spread of the disease.

Highpoint of the event was the free breast cancer screening and other related tests.