After several months of delays, criminal charges will be filed against the former Chairman of the House of Representatives Committee on Education, Farouk Lawan, the prosecutor, Chief Adegboyega Awomolo (SAN) informed.

Farouk Lawan, who was also the Chairman of the House Ad Hoc Committee on the Monitoring of the Fuel Subsidy Scheme, had been accused by the Chairman of Zenon Oil and Gas Limited, Mr. Femi Otedola, of demanding and accepting a bribe of $620,000 to alter the report of the committee, in which Zenon had been indicted.

Speaking with us on the phone, Adegboyega said that the delay in filing the charges was caused by the need to do a thorough investigation and block all loopholes to make sure that the prosecution presents a water tight case in court.

According to Adegboyega, the police have since carried out further investigations and came up with additional materials that could assist the prosecutor in the case.

He explained that Farouk Lawan would have his day in court but said that the state could not be pushed into rushing to court only to have the case dismissed for lack of adequate preparation.

Adegboyega also reacted to the request by Lagos lawyer, Mr. Festus Keyamo, to prosecute the case, saying: “The Office of the Attorney General of the Federation, under the constitution and the law carries with it both national and international responsibilities with respect to prosecution of offenders.

“It appears there is a grand plan by some people to secure for the accused person cheap judgment of acquittal, because once this frivolous private prosecution fails, the accused will be discharged and acquitted and be free forever.

“Then they will turn round to blame the AGF who has been diligent in handling the case.

“Why the sudden interest?  First, Festus does not have any record of investigation by the police. Besides, there is no such law as Section 129(1)(a) of the ICPC Act.

“He is also making attempts to frustrate justice and blackmail the AGF. There is no basis for what he is doing.

“The law has moved away from Festus’s standpoint. The police have done more work and by next week, we will go to court.

“The AGF appreciates the public interest generated by this matter and assures Nigerians that in the next few days, the prosecution will begin. It will be done diligently and professionally. The delay is in the interest of justice.

“For the AGF as a leader of the bar and a leader of cabinet, it is important for him to act most diligently, observing the rule of law and all international protocols relating to prosecution.

“He is not to be seen as a persecutor but a prosecutor. A persecutor goes to the press to blackmail, intimidate and bring to disrepute the suspect who is presumed to be innocent under our law.

“Whereas a prosecutor must ensure that there is proper investigation with verifiable facts and evidence on the record before proceeding to court.

“The AGF will not react to the noise of the market in order to bring a Nigerian to court for crimes because a criminal allegation has various dimensions: the accused person, his life and personality, his family and relation and associates, the interest of the general public which is represented by law, and lastly, the integrity of the administration of the criminal justice.

“All these factors must be considered before bringing an accused person to court.”

Following the expiration of the ultimatum to the police to charge Farouk Lawan, Festus had last Wednesday prepared a draft charge against Farouk Lawan.

The draft charge, which was sent to the AGF, Mr. Mohammed Adoke (SAN), was accompanied by a letter requesting the AGF to indicate whether he was prepared to prosecute or not.

He had attached to the criminal charge proof of evidence, a recording of a telephone conversation between Farouk Lawan and Otedola contained in a memory card wherein Farouk Lawan had allegedly solicited or asked for gratification to doctor his report, and appealed to Otedola to keep it secret 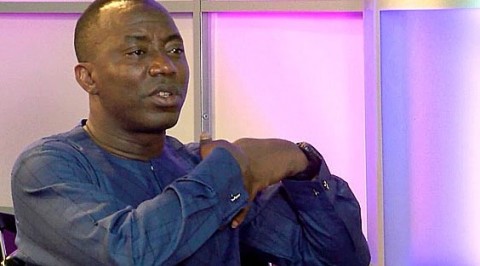