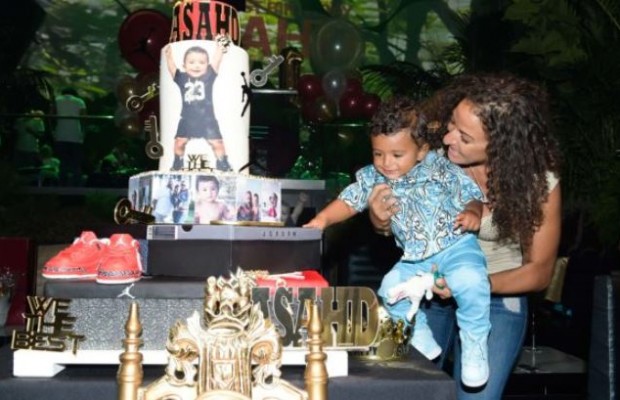 DJ Khaled and his longtime love,  Nicole Tuck are celebrating their son, Asahd‘s first birthday in a grand style at LIV nightclub at Fountainebleu in Miami.

The 41-year-old DJ prior to this had earlier revealed that no expense would be spared on the birthday bash and he was working with Combs, on concepts for the event.

Khaled made this known during an appearance on Jimmy Kimmel Live that the son birthday celebration will be so huge.

However, the one-year-old, Asahd already has a career ahead of him.

Celebrities like Diddy, Nicole Tuck were also in attendance for the party.