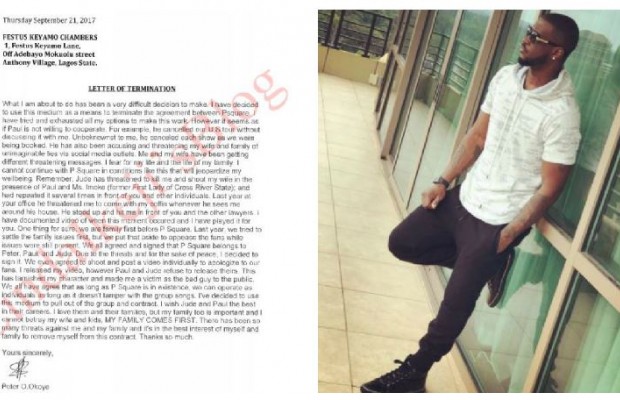 Following the silent cold war between the Okoye twin brothers, singer Peter Okoye has officially announced to have break away from the PSquare music group.

However, a photo of Peter Okoye’s letter of termination from the group surfaced on social media and prior to his Peter has been answering to 'Mr P' while performing solo.

Meanwhile, the contract according to Linda Ikeji Blog was drafted and signed by Peter Okoye and sent to the chambers of the group’s lawyer, Festus Keyamo.

Peter expressed that he has decided to leave the group even though he has nothing against his brothers (Jude and Paul), “Psquare is no more. I have nothing against my brothers.”

Peter while addressing his brother Paul, noted that: “I saw Paul’s post on Instagram about blood being thicker than water. Who is water and who is blood?”

Peter, then added that his nuclear family (wife and kids) are very important to him.

Stating that he would move on with his personal brand. 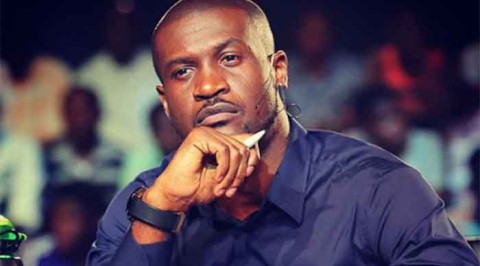 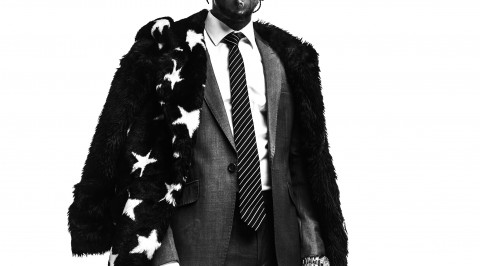 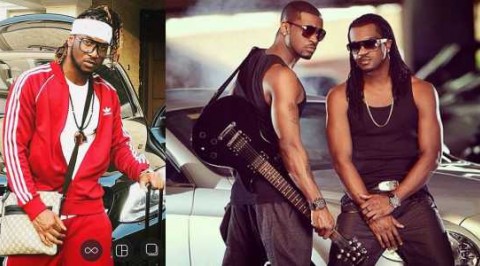