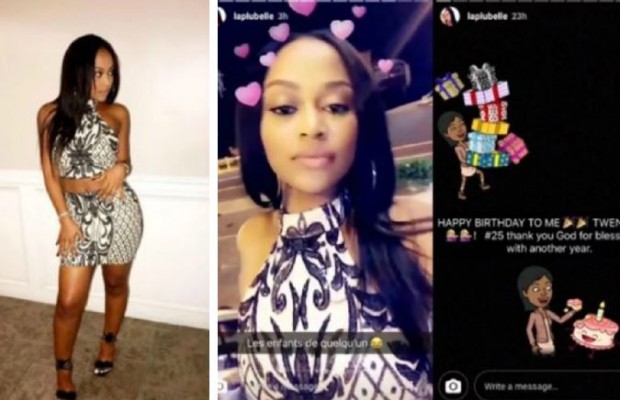 Davido’s second baby mama Amanda has disclosed that being a mother is the biggest birthday gift she has as she clocks 25 years of age.

Eventhough the her 25th birthday was on a low key but Amanda acknowledged that her biggest gift, which is her daughter, Hailey Veronica Adeleke came early in the year.

Recall that Amanda on May 9, delivered the singer's second baby in Atlanta, while Davido took to his Snapchat to announce the arrival of his daughter.

However, being grateful for another year, Amanda celebrated her new age with few friends over a lovely dinner, as she shared some pictures on her Snapchat.