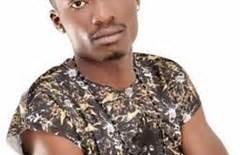 The Big Brother Naija 'See Gobbe' edition in less than fews hours will annouce the winner of the TV reality show, as housemate fans deploy various means to support their contestants.

Fans of Warri-born Efe, held a prayer session at God’s command church to foster his victory as the grand winner.

Efe's fans held intercessory prayer in a viral video, showing men and women in branded shirts with the housemate’s name. The group were praying zealously for his victory.

The supposed prayer warriors placed a photo of the housemate on a bible, and stretched out their hands to the picture, outpouring him with prayers.

Meanwhile, the video has generated controversial reactions, as many sing praises of Efe, others criticised the video.

Woman bets on her life for Efe's victory