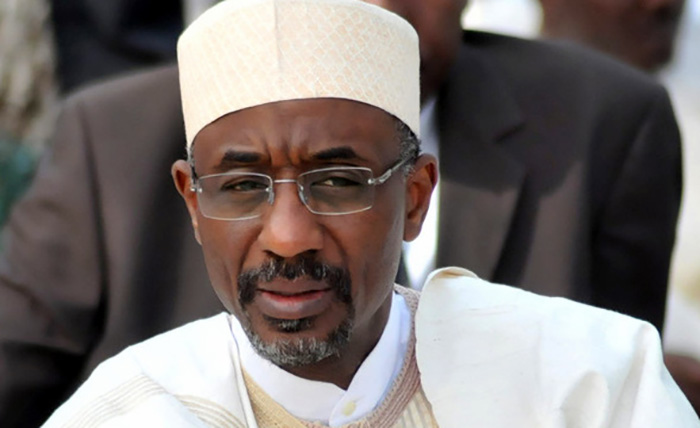 Yesterday, the suspended Governor of Central Bank of Nigeria, CBN, Mallam Sanusi Lamido Sanusi, lost his bid to return to office as the Federal High Court sitting in Abuja declined to set aside his suspension by President Goodluck Jonathan.

The court, in its 84-page judgment, said it was bereft of the jurisdiction to reinstate the ousted CBN Governor, stressing that the nature of his suit bothered on a dispute between an employer and his employee, which it said only the National Industrial Court, NIC, has the statutory powers to adjudicate on.

However, before referring the case to the NIC, presiding Justice Gabriel Kolawole described as baseless Sanusi’s claim that he was not an employee of the Federal Government but that of the CBN.

He ruled: “When I read through the arguments of the plaintiff, I then asked myself, so whose employee is he?

“It is not in dispute that the CBN is an agency of the Federal Government and a statutory body created by the National Assembly.

“The appointment of the plaintiff was made in line with the CBN Act.

“His appointment was not categorically captured in the constitution. Even at that, in the case of such judicial officers, the National Judicial Council, NJC, would have been joined as a necessary defendant.

“Going through the entire process, I asked myself again, why were the CBN and its acting governor, Dr. Sarah Alade, who the plaintiff contended was illegally appointed, not joined as necessary parties in the suit?”

Justice Gabriel noted that the non-joinder of the acting CBN governor would ordinarily have affected the outcome of the suit, saying the court would not have granted a relief that would adversely affect a party not before it.

Sanusi argued that only a two third majority vote by the Senate could remove him from office but the court maintained that the fact that the plaintiff’s appointment was approved by the Senate did not make the National Assembly his employer.

It added that the Senate merely discharged its oversight function in line with the doctrine of separation of powers.

Nevertheless, Justice Kolawole held that Sanusi was able to establish a cause of action against President Jonathan and the Attorney General of the Federation, who were listed as 1st and 2nd defendants, respectively, in the suit.

The court, however, struck out the name of the Inspector General of Police on the premise that there was no cause of action against him.

He ruled: “In the final analysis, this court lacks jurisdiction to entertain the matter. All employees of the Federal Government can only litigate their matters which relates to employment at the NIC.

He said: “In line with Section 24(3) of the National Industrial Court, Act 2006, I hereby order a transfer of this case to the NIC.

“Therefore, it will be inappropriate for me to deal on the plaintiff’s suit on its merit, as doing so will be prejudicial to both the parties and the NIC. There will be no order as to cost.”

It will be recalled that the former CBN governor was ousted from office on February 20, went to court to challenge the powers of President Jonathan to suspend him on the basis of a report by the Financial Reporting Council of Nigeria, FRCN, which indicted him of “financial recklessness and misconduct”.